What's on in August? 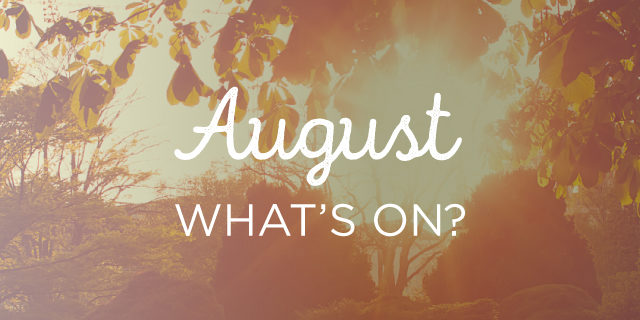 What’s going on in Trinity Central this August?

Our LifeGroups are very important to us at Trinity Central, as they are where relationships get formed and built. But everyone needs a break, especially over the summer. So during August our LifeGroups won’t be meeting formerly as they do during the term. However – many LifeGroups will be meeting for social events from movie nights to beach days to camping trips! We encourage you to think of great new ways to spend time together, and invite others along to join the fun.

We don’t do anything at Trinity Central without praying for it first. Prayer is vital! Our monthly prayer meetings are always fantastic evenings of pressing in to God. If you’ve not been to one before, you’re missing out! Join us at the Roundhouse, 7pm on 9 August.

We had such a great time in Emery Barnes Park in June, so we’re heading back there on 16 August. Once again there will be a free BBQ, face painting, henna tattoos, and games on the park.
We met numbers of people in the park last time as they were invited to come over and join us, and some have even joined us on a Sunday morning. We’re looking forward to connecting with more people!

If you’re new to Trinity Central, we’d love to have you join us a beach party on 28 August. It’s a great way to meet us and for us to get to know you better.
(And if you’re not so new, but you’d like to get to know a few new faces too – then do come join us too! )
We’ll be at Kits beach, in front of the Beach house, from 7.30pm.

Steve and Ruth Brading are coming to visit
October 31, 2019