The Appointing of Elders 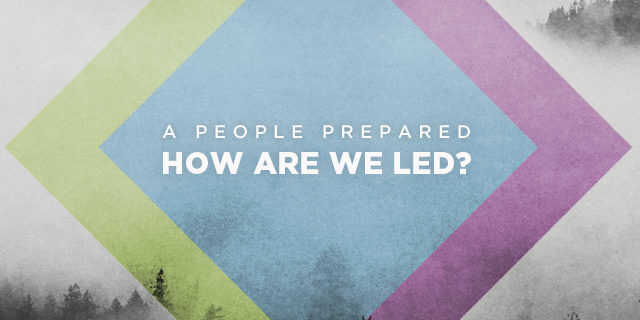 Over the past weeks we’ve taken some time to engage with a Biblical view of eldership in the church, and how we are seeking to move towards having an eldership team in place at Trinity Central.

In this post I’d like to spell out a little more the details of what this process looks like: what’s involved? how do we appoint elders? Is it like ‘Eldership Pop Idol’ – he who gets the most votes on his performance get’s the role?
Well, let’s take a look at it from a Biblical perspective first. What do we see in scripture?

Firstly, the Holy Spirit appoints elders: – we see this in Acts 20 when Paul reminds the Ephesian elders: ‘Pay careful attention to yourselves and to all the flock, in which the Holy Spirit has made you overseers, to care for the church of God, which he obtained with his own blood.’ When we look for elders we look for evidence of God’s grace on people for eldership.
So our first step is to ask “Who does God seem to be gifting and giving grace to in leading the church?”

Secondly, we involve the apostolic team. Paul instructed both Timothy and Titus, apostolic delegates at the time, to raise up elders in the churches they served. He gave them guidance on the character qualities of anyone who is being considered as a potential elder. (1 Tim 3 & Tit 1) He instructed them to lay hands on these men to appoint them as elders, and encouraged them to take care not to do this too quickly.
So, it is really important that those with apostolic gifting and grace are involved in the process of choosing and appointing elders.

Thirdly, we ask who the church respond to as elders. Who does the church relate to as their shepherds? Who will the church willingly follow and submit to? If someone is appointed as an elder even though the church doesn’t receive him in this way, then we are ‘lording it over’ the church, and not listening, which is one of the primary ways in which leaders love and serve the church. Who would you follow into battle? Who would you receive discipline from? Who do you feel secure with, knowing that they love and care for the church?

So, what does this process look like for us over the coming months?

In August 2013, together with the apostolic team, we made a decision to disband the initial leadership team and create a team of guys to lead the church together, out of which we hoped would emerge our first eldership team. After much discussion together with the apostolic team I met with each of these men, men who love Jesus and whom we felt had a heart for the church, as well as time capacity, and I asked them to join a ‘Transitional Team’.
This team represented a step toward our goal of plurality in leadership, eventually an eldership team.
Over the past 9 months we have worked together, seeking to grow in serving the church, clarifying vision, making good decisions for the church, stewarding our resources and caring for our people. While it is still a very young group leadership-wise, it has been a real joy and privilege to be together and serve together. The guys have stepped up in lots of ways, both behind the scenes, and in preaching, hosting, and leading in different areas of church life. They have given themselves wholeheartedly, and served faithfully, putting in huge amounts of time and energy, as have their wives.
Over the Easter weekend Gary and Barb flew out from Fredericton to be with us. Gary serves as part of the Christ Central apostolic team, and he and Barb know us well and love us deeply.
Our initial hope had been that there would be, by now, a clear sense of who the Holy Spirit was appointing as our initial elders, and so Gary would be able to propose that to the church during his visit. However, we’ve not felt like we’ve had enough clarity at this stage, and we have no desire to rush this process and make a premature decision.
Having Gary and Barb with us over Easter was a massive blessing. On the Friday evening we gathered the transitional team and wives to pray together, and we had a great time hearing God together. On the Saturday Gary spent the day with the transitional team; we prayed together and talked through where each one is at in terms of sensing God’s call to eldership, and what that might entail. It was a hugely significant and encouraging day.
It will take a some time to process what God is saying and where that weekend leaves us, but it is our hope is to propose an initial team of elders to the church in the coming months.
As I’ve said before, we want to be very careful in ‘not being hasty in laying on hands’, and we are very aware that it is important not to rush this process. At the same time, we are wanting to move forward, and feel the importance of bringing through a team of elders to lead the church.
It is likely still a while off, but when we are ready to propose an initial eldership team we will first bring that to our wider leaders: those leading LifeGroups and teams across the church. We’ll ask each one of our leaders to be honest with us and to respond in terms of who we are proposing, and we will consider the response of the church to each proposed elder.
Once we are clear with respect to the wider leaders feeling that there is a team they can stand behind, we will then bring this to the wider church. Again, we will have a period of feedback, asking everyone to feed back to us, so we can gain a sense of the response of the church.
This is a vulnerable process: each man who stands up and says that they aspire to be an elder, and that they are ready to take on the responsibility of serving the church in this significant way, must be prepared that the church may say, “We don’t receive you in this way.”
We want to minimise this, as it can be hurtful, but at the end of the day, if the people don’t recognise an elder then he can’t be an elder! It’s a risk!
We won’t be voting – we don’t see this anywhere in scripture and we don’t believe it’s a Biblical process! Neither are we expecting that the men called to serve us as elders will necessarily be fully formed, the ultimate complete article – we need to give space and room for growth! But we want to know that God is appointing them, and we want to receive them that way. We so value the apostolic team’s input on this along the way.
Once the apostolic team are happy and the church is in one accord about who the first eldership team is to be, then we will have members of the apostolic team come and join us to appoint them. It’ll be a day of celebration – in many senses this will be one of the most significant moments for Trinity Central moving from a church plant to a church.

On the back of this we will look to develop a meaningful membership process, where elders commit to serve the flock and people make it clear that they are committed to and part of the flock. This is not about signing a membership roll, but committing to one another before God to walk together as family in the mission that God has called us to.
These are exciting times! We all need to be involved in this process – we do value your feedback. We want to run forward together into all that God has for us as a church, with those He has called to leadership leading the charge!