Believer's Baptism – the what and the why 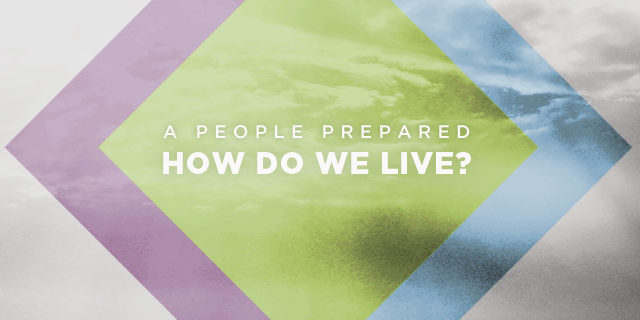 As we start Part 3 of A People Prepared we’re looking at what are the distinctive marks of a member – starting with believer’s baptism.

Baptism has been inextricably linked with the life of Christians right from the first days of the Church, as described in Acts. But what is baptism, and why do we do it?
The act of baptism described in the New Testament involved submersing a person under water, before lifting them back up again. Indeed the Greek word “baptizo” means to immerse in water. A ship that had sunk might be spoken of as having been baptized!
In the Jewish culture, baptism was a sign of allegiance into the Jewish faith. While in the current Christian church there is some debate as to ‘how much water’ constitutes baptism, at Trinity Central we practice full immersion of the believer.

Why should a believer in Christ get baptised?

1. Jesus was baptised. Before Jesus began his ministry, he went to John the Baptist to be publicly baptised, and it was at this point that God announced His approval of Jesus (Matt 3:13-17)
2. Jesus commanded it. After his resurrection, Jesus commanded the disciples to ‘go and make disciples of all nations, baptising them in the name of the Father and of the Son and of the Holy Spirit.’ – Matt 28:19
Jesus expected that those who believed in Him would demonstrate it through the act of baptism. Baptism is therefore an act of obedience, a response to our faith in Jesus. (This is why we practice believer’s baptism – baptising those who have made a decision to put their faith in Jesus Christ, rather than baptising children who are not able to make a faith decision. )
3. Baptism is a public act of allegiance to the family of God. Just as in the Jewish culture baptism signified being associated with the Jewish faith, so baptism today is a public declaration of being reborn into a new family.
The symbolism of this act was so powerful at the time that it led to much persecution for the new believers –

“In the early days of the church…., baptism was a declaration that the believer was definitely identifying himself with that group of people who were called Christians and were despised and hated. To be a Christian meant something. To identify yourself with those who were called Christians meant persecution, maybe death; it meant being ostracised from your family, shunned by friends. And the one act which was the final declaration of this identification was BAPTISM. As long as a man gathered with Christians, he was tolerated, but when once he submitted to baptism, he declared to all the world, I BELONG TO THIS DESPISED GROUP, and immediately he was persecuted, hated, and despised. In baptism, therefore, the believer entered into the fellowship of the sufferings of Christ. A person might be a believer and keep it strictly a secret and thus avoid unpleasantness and suffering, but once he submitted to public baptism he had burned his bridges behind him.”~ Dr. M. R. DeHaan

The choice still remains the same today – we can choose to follow Christ in secret; or we can publicly declare our choice to follow Jesus, nailing our colours to the mast. Whether we face persecution as the early Church did, or relatively mild ridicule from unbelieving friends or family – standing up to be counted as a Christ follower is a powerful witness.
In baptism we declare that we are now part of a new family, that our old allegiances have gone and that we are aligning ourselves with a new people. Baptism reminds us that we are born again into a new family, and that we live out our lives in the context of these relationships.
4. Baptism is a demonstration that we have died with Christ and risen with Christ, and that our lives are no longer our own. As Christ died on the cross, was buried, and rose again – through his sacrifice we too have died to our old lives, to the curse of sin and the Kingdom of Darkness. In Christ we have risen to new life, free from sin and death. The act of baptism symbolises the putting to death of our old life, our new life in Jesus, and our future resurrection.
Baptism does not save a believer – the Bible is clear that salvation is through faith in Jesus Christ – and nothing else. However, baptism in the Bible is clearly linked with salvation. Max Lucado, a Christian writer, states –